Exciting and innovative Study Days take place throughout Israel several times each year.  The Study Days were created and directed by Women’s League in cooperation with the Schechter Institute of Judaic Studies and the Masorti Movement.

The study days have been organized by Diane Friedgut, Women’s League liaison, and a large committee of women representing the kehilot.  Professor Alice Shalvi, former chair of the Schechter Institute, was the guiding force in the creation of the Study Days.  Together with a dedicated staff of Schechter graduates and teachers, a high level study is presented.  Every Study Day is conducted in multiple languages: Hebrew, English, Russian, and Spanish.

The Study Days started in 2000 with an International Women’s Study Day in Jerusalem.  The program has expanded to also include study days in three regional locations.  With the advent of internet streaming, women throughout the world are invited to attend via their computers. 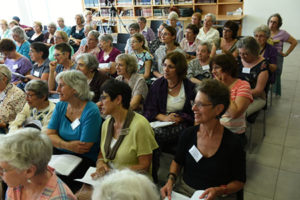 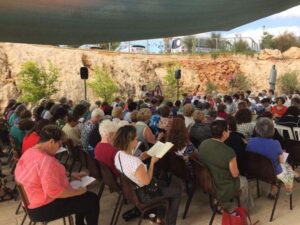