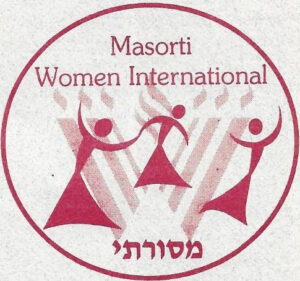 In 1973, Women’s League established its first Overseas Women’s Committee which promoted special relationships between Women’s League and the congregations of the Masorti Movement.

In 1999, Women’s League began pairing our Branches with the women in Masorti kehilot (congregations) in Israel to support the creation of a unique relationship between the women of the Conservative Movement in North America and the women of the Masorti kehilot in Israel.  Through these activities and others that have developed over the decades, warm and meaningful personal connections have been forged between members of Women’s League and their Israeli counterparts.

The goals of Masorti Women International are: