You are here: Home » About » Affiliated Sisterhoods 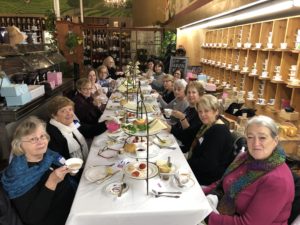 Belonging to a Women’s League affiliate provides individual members with many benefits. By being part of an international organization – which is the voice of Conservative women worldwide – every member has the opportunity to impact the world around her. Women’s League provides its affiliates with a vast array of educational, programming, social action, and administrative materials. To find a sisterhood near you, click here.

Women’s League is committed to promoting a Jewishly educated laity and provides sisterhoods with several innovative programs each year:

Participation in a wide array of programs promotes personal growth and development.

Sisterhoods join a network of Jewish women worldwide. Regions are linked with Masorti congregations in Israel and the personal relationships that have developed have deepened the ties between members here and in Israel. Women’s League encourages sisterhoods and their members to support and be actively engaged in:

Sisterhoods reach out to those in need, locally and globally. Several Women’s League initiatives encourage the creation of a worldwide community of caring. Women’s League sisterhoods support: