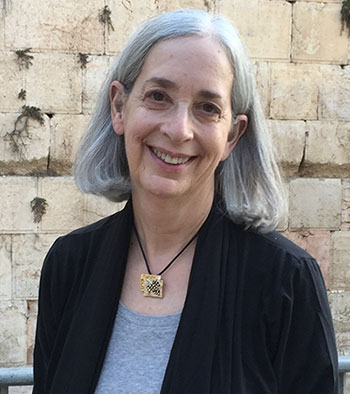 Barbara Ezring, of Charlotte, NC, comes to her position as Convention 2017 Chair with a remarkable store of Women’s League experiences. Currently a vice president, she has served on the Strategic Planning Committee and as Jewish studies chair of the Program Advisory Committee. Active in Southern Region she was a sisterhood member in New Jersey and Florida before moving to North Carolina. Barbara is a graduate of the Women’s League Leadership Institute and the Organization and Management Institute, and a proud member of Nashim BiK’dushah.

Three years ago, when Convention seemed far away, Barbara wondered how convention could reach even more members. After hours of brainstorming, the committee, under her leadership, came up with several innovations besides keeping costs as low as possible:

Barbara, a native of the western suburbs of Chicago, is a product of the Conservative movement, educated at the West Suburban Temple Har Zion for preschool, Hebrew school, and Hebrew High School. During college, she was active in Hillel and tutored b’nai mitzvah students. After earning her master’s from Teachers College-Columbia University in New York City, she worked for over 20 years as a speech-language pathologist in hospitals, private practice and university. Since 1995, she has devoted herself to Jewish education. She created and conducted Mini Minyan, a Shabbat service for young children and continues to tutor b’nai mitzvah students.

Barbara and her husband, Rabbi Murray Ezring, are the parents of four children and grandparents of two.