You are here: Home » News » A Health and Wellness Message

A Health and Wellness Message 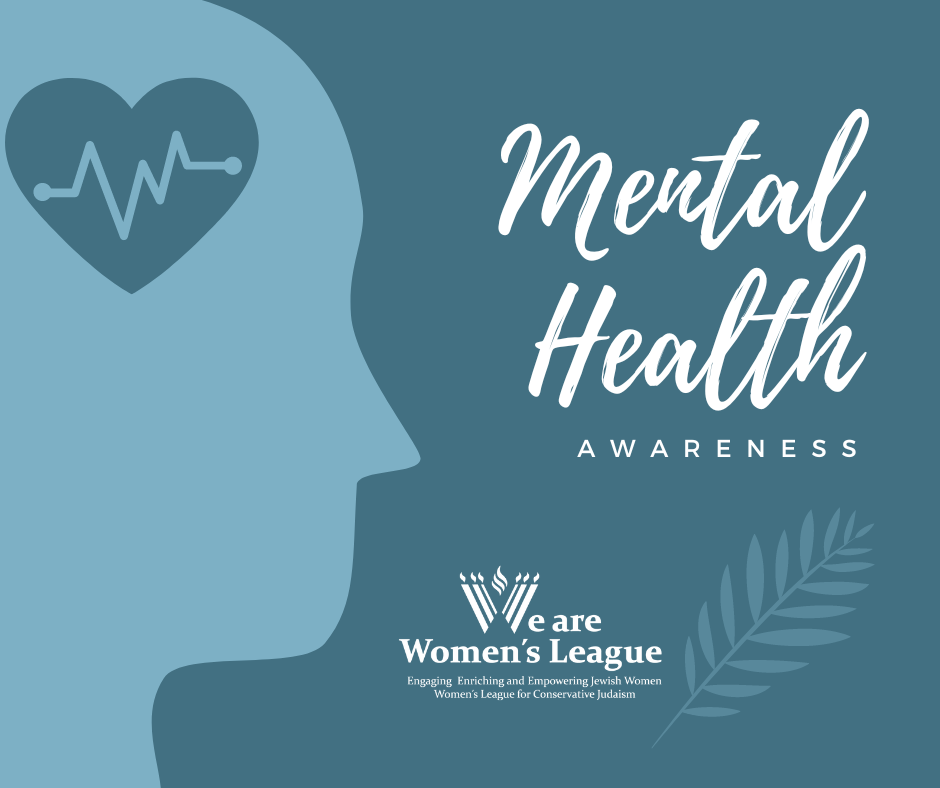 In the United States, May is Mental Health Awareness Month.  In Canada, this is marked in October.  Mental health is something we should all be aware of regardless of the month on the calendar. Mental health issues and the struggles many go through have of course been aggravated by the pandemic.

One of the biggest issues during the worst of the pandemic and its surges has been social isolation.  Even for those who isolated at home, there was still isolation from other family and friends.  Many adapted, learned to use Zoom, Facetime, and other virtual methods for staying in touch.  Others used the phone more, mailed old-fashioned letters, or met outside when it was possible.  Of course, Women’s League created what became Makom B’yachad in the early days of the pandemic.  It started as a way for women to gather to say Mischeberach and Kaddish and then became a vibrant community on its own.

However, we know that some people have more significant mental and emotional health issues.  Mental illness has been stigmatized.  The idea so many have is of an unhoused individual, dirty and panhandling on the streets.  While this is true for some, we also know that many individuals are in fact high-functioning- holding down jobs, having families and volunteering while still dealing with mental illness.   According to Johns Hopkins Medicine, about 1 in 4 Americans over age 18 suffer from a diagnosable mental disorder in a given year.  Women are twice as likely as men to suffer from major depression and the average age of onset is the mid-twenties.  Did you know that anxiety and obsessive-compulsive disorder are also mental disorders?

In the United States, suicide is the second leading cause of death in young people ages 15-24.  You should know that talking about suicide does NOT cause suicide.  However, asking how someone is feeling, asking if they are feeling like they might harm themselves can be potentially lifesaving.  This is not because we are trained therapists or psychiatrists but because we can then help our loved ones, friends, and colleagues get the help they need.

In the United States, the National Suicide Prevention Lifeline can be reached at 1-800-273-TALK (8255) or text HOME to 74174 to reach the Crisis Text line for free from anywhere in the US.

In Israel, there is Eran.org.il which offers help in many languages.