You are here: Home » News » Shabbat Message: “A Presence Felt Every Day”

“As a drop of water in the sea, as a grain of sand on the shore are our few days in eternity. The good things in life last for a short time, but a good name endures forever.” – Adapted from Ben Sira. 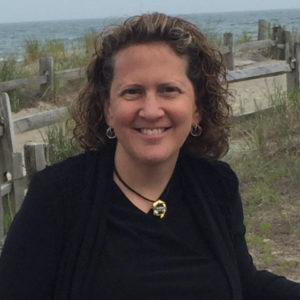 Ben Sira also teaches a lesson we all know. “We are all destined to die. We share it with all who ever lived, with all who ever will be.” We have all lost someone in our life. It is okay to grieve, to talk about the one we loved. Honestly, grief is not a calculated period of time. We all grieve in our own way, in our own time period. And the best way to remember our loved ones no longer with us is to remember their values, share their stories. And so, I thank you all for letting me share a story with all of you. As I sit to write my Shabbat Message, the date is August 22, and I look at the time on my computer and remember where I was at this exact moment, eight years ago, this day. I was watching my father take his final breaths. Ironically, his Hebrew Yahrzeit also begins this evening, only a day apart from the English date of death. That does not always happen, but this year, it does. Honestly, I do not need a special day to remember my father. His memory and his presence are always with me. He was truly a man of faith, and loved being Jewish, and adored by all who knew him, especially those who respected him as the prominent neuro-ophthalmologist Dr. Arthur H. Wolintz. But only two in the world had the privilege of calling him Daddy. All six of his grandchildren have a little bit of his personality traits. I am biased, but I think my youngest Sammy looks and acts like my father. My sister followed in my father’s footsteps, and is also a neuro-ophthalmologist. We treasure the values our father taught us and modelled throughout his life. He was not a man of many words. He did not really engage in idle chatter. Therefore, when he spoke, it was always intelligent and you knew it was important. He often said, if he were not a doctor, he would have been a rabbi, and his two daughters fulfilled those aspirations.

When a life decision needs to be made, I often wonder what my father would have done, and realize that he was truly a wise man, but lived his life, and let others live theirs. He walked to the beat of his own drummer, in his own quiet way. Not really adventurous, he was more studious. He resided in Brooklyn, New York his entire life, except for two years in Bethesda, Maryland, when he worked at the National Institutes of Health. He died in the apartment where he raised us in Brooklyn, which was 0.9 miles from the four-family home where he grew up. When I was a child, every Sunday, we went to visit my paternal grandparents, who lived in one apartment, and my aunt and uncle lived downstairs, and another aunt and uncle lived across the hall from my grandparents, and a tenant lived in the other apartment. The four-family house was on a street in Brooklyn that was only one street long, Story Street. Our visits were always referred to as, “We are going to Story Street.” My dad liked the familiar, and even married the daughter of the physician who delivered him, and was the doctor for his entire family, his whole childhood. (Yes, my maternal grandfather delivered my father, and my father’s sisters, nieces and nephews!). My father had his bar mitzvah in the same synagogue where my sister and I had our b’not mitzvah, where my husband and I were married, where he was later the president for over a decade, and where we had his funeral service.

Eight years after my father’s passing, I look back on the almost forty years I was privileged to have him physically in my life, and realize that, although I was only blessed to have him for a little less than four decades of my life, the lessons, values, and examples he taught and set will live on for many more years than I was able to have with him. It saddens me that my children do not necessarily remember his voice, but they know his sayings, his values, his jokes, his customs. They know about his lucky sweater, wear his ties, I wear his tallit, my sons have some of his kippot, we have his books, we pray from the siddurim he used. Yes, August 22 and the 22nd of Av may mark his Yahrzeit, but my father’s presence is remembered every day.