You are here: Home » New Outlook » In Praise of First Ladies

In Praise of First Ladies 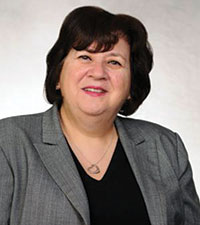 Myra Gutin had hoped the 2016 election would turn out differently than it did, but not for the reasons you might think. The author of The President’s Partner: The First Lady in the Twentieth Century and Barbara Bush: First Lady of Literacy was looking forward to observing the first First Gentleman in American history.

As a doctoral student in communication at the University of Michigan in the ‘70s, Myra had wanted to write about her mother’s idol, Eleanor Roosevelt, but was convinced that a study of all the first ladies after women received the vote would be more productive. Her dissertation took five years to complete and launched her career as an expert on the women in the White House.

Myra, who is Professor of Communication at Rider University in New Jersey, is a much sought after lecturer and writer. One of her most telling exchanges with the women she has studied was with Laura Bush who had invited a group of scholars and writers to the White House for lunch. Ms. Bush wanted to ensure that her vision and priorities were under-stood. “That was a very smart thing for her to do,” explained Myra.

A life-long member of the Conservative Movement, Myra was active in USY in her home town of Fair Lawn, New Jersey — and, yes, her husband is a cousin of USY’s Jules Gutin — before going to Emerson College in Boston for her undergraduate and Master’s degrees. She and her husband, David, an attorney, have been members of Congregation Beth El, now located in Voorhees, NJ, but originally in Cherry Hill, NJ, since 1981. She has been a member of the sisterhood since they joined the congregation.

The Gutins are also active members of the broader Jewish community. Both served as president of the Harry B. Kellman Academy, a Schechter school at the time. Today, Myra is on the Executive Committee of the Jewish Federation of Southern New Jersey Federation, is a past president of the Jewish Community Relations Council and past chair of the Israel and Overseas Committee. She serves as a vice president of the NJ State Association of Jewish Federations. One of the Gutin children is a co-executive producer of the television series Blackish; another is a doctoral student in Public Health at the University of Michigan; and the third lives and works in Los Angeles.

We look forward to Myra’s take on the newest first lady.