You are here: Home » New Outlook » Brick by Brick 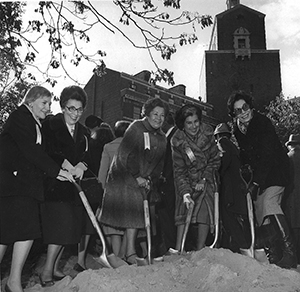 We all know the story. On January 18, 1918, the diminutive, but commanding, Mathilde Schechter stood before a gathering of 100-plus women and called for the establishment of a national women’s organization of the United Synagogue of America. Every year on the Shabbat nearest to that date in January, we commemorate our remarkable founder for whom our reverence remains steadfast. For some of us, other names besides Mathilde’s also come to mind: Fanny Hoffman and Goldie Kweller and Adele Ginsberg and Helen Fried, each a legend in her own right.

But here’s the thing. Notwithstanding a truly formidable cast of leaders who gave unstintingly of their time, talent and energy to establish, nurture and sustain our organization, Women’s League is more than the sum of its celebrity parts. Women’s League is really about the work done by its members – the work on behalf of immigrants and Jewish literacy and Israel and war relief and Soviet Jews and egalitarianism and Torah Fund and handcrafts and the Jewish blind. It is a history of thousands upon thousands of women who internalized the message of Pirke Avot: “the world rests on three things: on avodah (worship), Torah, and gemilut chesded (acts of loving kindness).” 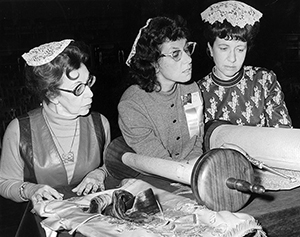 So as we approach our centennial year, its celebration to begin at the 2017 Convention in Washington, D.C., we are looking to the past as a very practical guide for our future. Our work is our standard. It has sustained and defined us for nearly 100 years.

The first generation of National Women’s League members was like an army of peripatetic teachers spreading across the continent, teaching a largely uneducated population of East European immigrant women about the most basic aspects of Jewish life: Bible, prayer, Hebrew language, Zionism. In the first decade, they produced a bevy of educational resources including Kiddush cards, Friday Night Stories, Blessing and Daily Prayer cards, and in 1927, Deborah Melamed’s The Three Pillars – Thought, Worship, Practice. Serving as a handbook of Jewish literacy, The Three Pillars was the first work of its kind published in English. Despite the pessimism of publishers that there was no market for such a volume, that first Women’s League publication went through numerous editions, maintaining robust sales even through the Depression. In 1930, the League established its own magazine, Outlook, featuring Mathilde Schechter on the cover of the first issue. 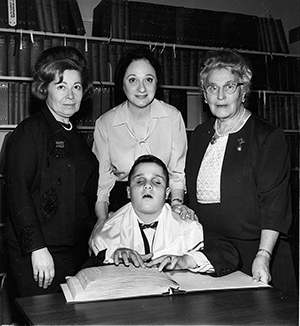 Throughout the decades, members of Women’s League participated in an extensive array of social/political initiatives, within the Jewish community and beyond. In 1924, the American Peace Committee awarded the Bok Peace Award to National Women’s League in recognition of its Education for Peace program. During World War II, under the steady hand of President Dora Spiegel who served from 1928-1944, members participated in the war effort as air raid wardens, switchboard operators, ambulance drivers, and organized mobile kitchens and blood units. They worked tirelessly on behalf of the Yishuv (the Jewish community in pre-1948 Palestine) and then for the State of Israel. They advocated and marched on behalf of civil rights, Soviet Jewry, women’s reproductive rights, and genetic disease awareness. Scores of readers created records and tapes for the Jewish Braille Institute and joined walks in support of breast cancer research.

Also from its very beginning, Women’s League provided crucial financial support to the Conservative seminaries and their students. Its first project in that first decade was the Kosher Canteen at Columbia University, and then the Jewish Student House for seminarians and Jewish military passing through New York. Through contributions to the Torah Fund campaign that began in the mid 1940s – which to date has raised more than 93 million dollars – JTS was able to build the Mathilde Schechter Residence Hall, rebuild the library after the devastating fire, and the Women’s League Seminary  Synagogue. In addition to JTS students, Torah Fund scholarships are now awarded to students at the Ziegler School of Rabbinic Studies, in Los Angeles, the Schechter Institute in Jerusalem, and the Seminario in Buenos Aires. 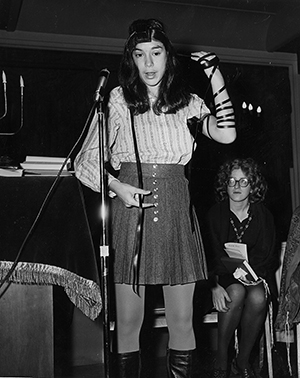 Not the least among its enduring legacies is Women’s League’s participation and support of Jewish feminism. In 1972, after Ezrat Nashim was rebuffed by the Rabbinical Assembly to attend its convention, Women’s League invited the pioneering Jewish feminist group to present their platform at its biennial. Women’s League members led their own Torah reading for the first time (previously done by men at conventions) and Ezrat Nashim’s Leora Fishman demonstrated how to put on tefillin. This revolutionary transformation in women’s religious practice resulted in widespread liturgical literacy for thousands of members and eventually led to the ordination of women rabbis in 1985.

It bears repeating: these activities and initiatives may have been envisioned by Women’s League leaders, but the footwork and heavy lifting was (and remains) the product of its members. Whether 15,000 knitted hats and scarves for the homeless in Detroit, funds collected for Masorti kehillot in Israel or a deep bench of qualified Torah readers and shlichot tzibbur, it is our work that has defined us, sustained us, and binds us to the past, but focuses us, always, on the future.