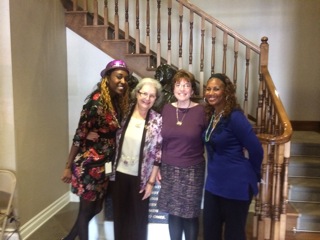 At its five year anniversary celebration, on February 20, the West LA Fisher House, thanked Women’s League for its 2012 tikkun olam project providing gift cards and outdoor furniture for the families of active duty military and veterans who are receiving extended treatment at the nearby Los Angeles VA Hospital.

The Los Angeles VA has specialists not available at all VA hospitals so patients come from all over. Those who live more than 50 miles away can stay in one of Fisher House’s 21 guest rooms, each with a TV, phone, computer, and bathroom. Guests need only bring toiletries and food. To help defray some of these costs, Women’s League purchased gift cards at local stores for their use.

When Women’s League Pacific Southwest Region President Agnes Emert and past president Rene Ravich attended the anniversary celebration, they saw firsthand that the West LA Fisher House is really a home, with a living room, library, dining room and family room comfortably furnished. The kitchen is huge and each unit has a private cubby for dry goods. A number of washers and dryers are available at no charge, including detergent. Women’s League had purchased some of the picnic tables, chairs and umbrellas found on the beautiful grounds. The furniture and gift cards were the result of a year-long campaign in conjunction with the 2012 Women’s League convention in Las Vegas.

At the luncheon, Women’s League was presented with a certificate and engraved crystal award in appreciation of its generous donations to this Fisher House, but there are Fisher Houses around the country that could use your help. 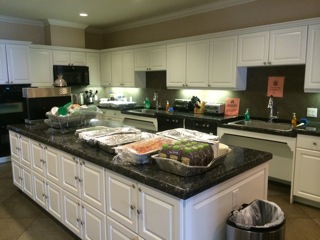 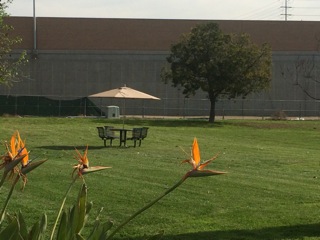