One More River by Mary Glickman 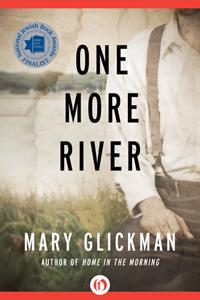 In this riveting tale of a son’s search for his father – and the mysteries of his life – author Mary Glickman brings romance and depth to Jewish life in the small towns of the early- and mid-20th century American South.

Mickey Moe Levy is eager to learn about his father so that he can prove his “yichus” to his future (and very reluctant) father-in-law. As the story unfolds through flashbacks across three generations, Mickey Moe learns about his father and inevitably about himself. The vista of Southern Jewish history – amidst a tableau of social, political and cultural turmoil – is the background of this ultimately romantic tale.