You are here: Home » News » Another Successful Year for Masorti Women’s Study Days

March 2010 – This year, more than 440 people confronted head-on the issue of teenage drinking in Israel, during Masorti Women Study Days, sponsored by Women’s League throughout Israel. The Anti-Drug and Alcohol Authority led the workshops in Hebrew, English, Spanish, and Russian, at study days in the north and south of the country.

According to Daniel Baum, a social worker with Efshar in Kfar Saba, “The problem of teenage drinking crosses all barriers. There is no correlation between economic differences or religious observance. Children as young as 12 are drinking to excess.” Organizers hope Masorti congregations will work with local agencies dealing with the teenage drinking crisis in every city.

Teenage drinking was just one of the subjects tackled. The day’s historical theme was the question asked of Queen Esther by her cousin Mordecai: “Was it perhaps for this moment that you became queen?” Professor Alice Shalvi introduced Jewish women in different periods of history who took action “when their kingdom called” such as the couriers in Polish ghettos. Cantor Shula Resnik tied the Purimspeil to the beginnings of Yiddish theater.

A highlight of the session held at Kibbutz Hanaton was the attendance of 23 young women — olot [new immigrants] from the former Soviet Union — who integrated themselves comfortably with the record-breaking crowd of 160 women, ages 17-85.

Congratulations to Israel Liaison Diane Friedgut and her committee. 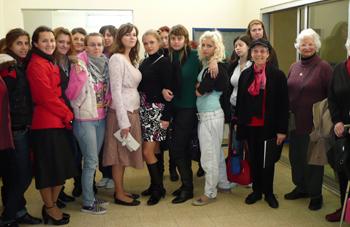 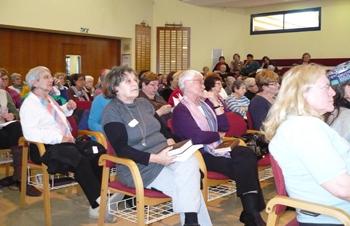 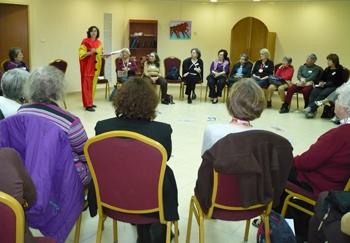 At Hod V’Hadar, From Purimspeil to Yiddush Theater was taught by Cantor Shula Resnik, who speaks Russian English, Hebrew, and Yiddish.