The retreat was the brainchild of the presidents of the three lay organizations – United Synagogue’s Dr. Ray Goldstein, Women’s League’s Cory Schneider, and Men’s Clubs Norm Kurtz – and was chaired by Dr. Marilyn Wind. It was bold and visionary, a unique opportunity to share information about the organizations and ideas about consensus building as well as a chance to find areas of common interest and partnership for furthering Conservative Judaism. This process of cooperation already began two years ago with the publication of CJ: Voices of Conservative/Masorti Judaism, the unified quarterly magazine that replaces the organizations’ three separate publications.

With facilitator Debra Stein providing guidance and structure, the sessions covered topics that included enhancing membership and affiliation, hosting joint events, working on outreach to people in their 20s and 30s, and marketing cooperatively. Participants reviewed the agendas, priorities and issues that face their organizations and the movement as a whole.

Participants called the event momentous and a resounding success. “This was an eye-opening experience, and given the honesty and sense of purpose, this meeting will lead to greater understanding and team-building opportunities. It was a terrific beginning to a beginning of cooperation.” 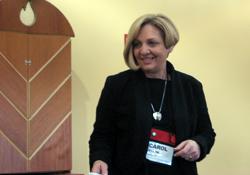 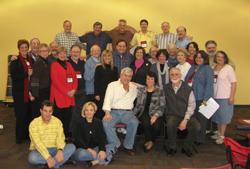 All of the retreat participants representing Women’s League, Men’s Clubs and United Synagogue. 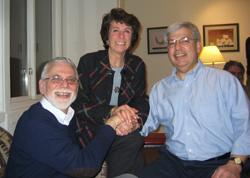