You are here: Home » Programs » Israel Programs/Days of Study 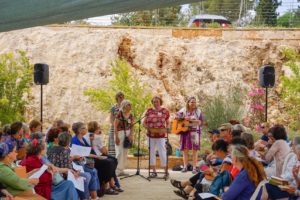 An essential element of the mission of Women’s League is to reinforce bonds with Israel and Jews worldwide by nurturing a real sense of ahavat Zion (love of Israel) among its members. To that end, the Israel Affairs department promotes a Six Point Program for Israel:

Women’s League members are asked to sign onto the Jerusalem Program that expresses our unifying and comprehensive support of the Jewish homeland.

The Schechter Institutes, Midreshet Schechter and Women’s League of Masorti Judaism, with the assistance of the Masorti movement, are proud to present:
The 20th Annual Regional Masorti Women’s Study Day:

Several times a year, 300-400 women unite for a day of study, prayer and social interaction and education programs. A joint project of the Masorti Movement, the Women’s League for Conservative Judaism, and the Schechter Institute for Jewish Studies, rabbis and educators provide engaging learning opportunities for all who wish increase their understanding of Jewish history, thought and observance. Sessions will be offered in four languages: Hebrew, English, Spanish and Russian. The education programs enhance and enrich understanding of Jewish history, values and traditions. Participants will range in age from 12-91 and attend from as far north as Adamit on the Lebanese border to Kibbutz Ketura in the South. Earlier in the year three separate regional study days took place throughout the country- each with over 100 attendees. This is an incredible opportunity to join with women from around the country united in prayer, learning and friendship.

We Women Explore Attitudes re Ourselves & Others: Texts, Literature, Music, Spirituality

Donate here to Masorti Days of Study, or send checks to Women’s League made out to “Women’s League for Conservative Judaism.” Please indicate the name of the program you are donating to in the memo line of the check (i.e. “Masorti”). 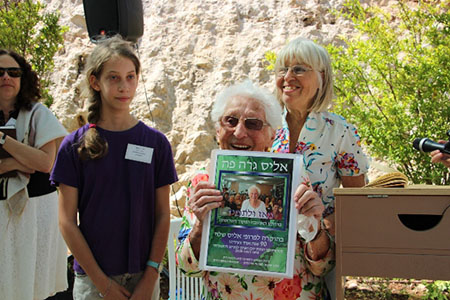 The foundations of Zionism are: 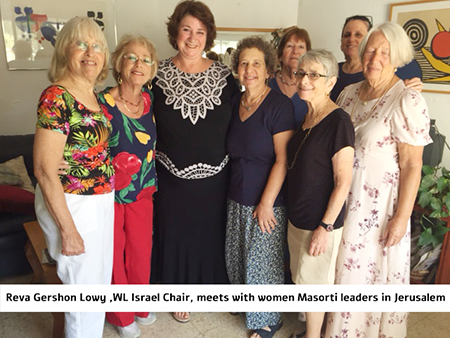 Women’s League regions are matched up with sister congregations in Israel – see the complete list. 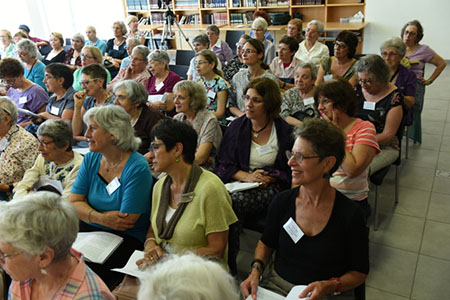 Masorti women throughout Israel participate in four Women’s League Days of Study, which are sponsored by both Women’s League and the Schechter Institute in Jerusalem. The days of study offer classes  in Hebrew, Russian, English, and Spanish. If you plan on being in Israel, you are cordially invited to attend one of the Days of Study.

To watch some of the classes from last year’s Days of Study, please click here.

Women’s League has been committed to MERCAZ-USA and MERCAZ-Canada since their inception. MERCAZ is the Zionist membership organization of the Conservative movement, the voice of Conservative Jewry within the World Zionist Organization, the Jewish Agency for Israel, the American Zionist Movement, and the Jewish National Fund. It supports religious pluralism in Israel and strengthens the connection between Israel and the Diaspora.

Where in the world are Conservative/Masorti congregations?

Check out these easy-to-use websites to find congregations and hear the latest news: