You are here: Home » Ba'Olam

On the Canadian Scene

The Calgary-based Justice Centre for Constitutional Freedoms graded 45 schools in its 2013 Campus Freedom Index, and 23 of the schools received at least one failing grade.The report indicates that more than half of Canada’s universities fail to adequately protect free speech and the Arab-Israeli conflict looms large over these failures.

When the United States Supreme Court began its new term on October 7, 2013, it had  a number of cases to hear of vital importance:

AFFIRMATIVE ACTION The question in Schuette v. Coalition to Defend Affirmative Action is whether a state may amend its constitution to prohibit the consideration of race or sex in public university admissions. Michigan passed a constitutional amendment banning the use of race as one consideration in acceptance at the University of Michigan Law School after the court affirmed its right to do so.

CAMPAIGN FINANCE In McCutcheon v. Federal Election Commission, the court will consider the constitutionality of overall limits on how much an individual donor may give directly to federal candidates, party committees and PACs in a two-year election cycle.

FREEDOM OF SPEECH AND RELIGION In McCullen v. Coakley, anti-abortion protesters are challenging a Massachusetts law that sets a 35-foot “buffer zone” around health care clinics where abortions are performed.

In Town of Greece v. Galloway, the court will decide whether the First Amendment permits a prayer before a town board meeting.

ABORTION Cline v. Oklahoma Coalition for Reproductive Justice deals with the constitutionality of an Oklahoma law that requires doctors to use abortion-inducing drugs precisely as the Food and Drug Administration approved them 13 years ago. Doctors have developed experience since the drugs were approved and are using them in a way that causes less pain for the women using them and have been prescribing them “off-label.”

PRESIDENTIAL POWER National Labor Relations Board v. Noel Canning involves the president’s constitutional power to make appointments “during the recess of the Senate.”

In addition to these cases, which the court has already accepted, it is likely they will also accept an appeal of whether the Affordable Care Act’s requirement that the health plans of private for-profit employers cover birth control is constitutional.

The National Council for Jewish Women (NCJW) hosted a call with Dahlia Lithwick, Slate Magazine’s senior editor, who discussed these cases. You can listen to the recording of the call online. You can also learn more about the cases by checking out SCOTUSblog. 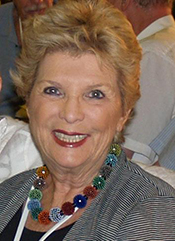 The World Zionist Organization and the Jewish Agency for Israel will be holding their meetings in Israel in early November. Prior to those meetings, MERCAZ Olami and Masorti Olami will convene on November 4. They will present the Third Annual MERCAZ Olami award to Gloria Cohen, former International President of Women’s League, for her work in strengthening the Conservative/Masorti movement worldwide.  Mazal tov to Gloria!

The Pew Research Center’s new study contains some interesting results, particularly in areas where Jews are compared to Christians. More Christians than Jews believe that Israel was given to the Jews by God. The study also shows that a significant number of Jews believe you can be Jewish and believe in Jesus.

The study also contains disturbing statistics about the intermarriage rate and the loss of Conservative Jews. For the full report, click here.  See JTS Chancellor Arnold Eisen’s response in his blog.

Important Developments in Issues for Women and Families

Information for programs can be found on the National Council for Jewish Women webpage. Visit the website to learn how to get involved in promoting economic security and supporting survivors of violence.

Day of the Girl Child

According to Forbes (October 2, 2013) the government shutdown will affect “over 8.9 million moms and kids under five living near or below the poverty line [who] rely on supplemental vouchers for healthy food, breastfeeding support, infant formula and other necessities dispensed at clinics nationwide [through Special Supplemental Nutrition Program for Women, Infants and Children, commonly known as WIC].”  There likely will be funds to run many of the programs for about a week, at which point an already vulnerable population will not have the support they need.

With the shutdown well into the second week, this has become an issue in many states.

The provision of contraception under the Affordable Care Act was an area of controversy. According to the Guttmacher Institute, “Contraception plays a pivotal role in women’s lives. And for millions of U.S. women, it’s the nationwide network of publicly supported family planning centers that allows them and their families to reap the significant health, economic and social benefits of contraceptive use. This highly successful effort is supported by programs like Medicaid and the Federal Title X family planning program. The Guttmacher Institute created a video to help put facts squarely back into the debate.

Ba'Olam: The International and Public Affairs Newsletter of Women's League for Conservative Judaism

The articles on these pages are presented to inform and to encourage thought and discussion.